On Tuesday, 19th April, 11 ladies from the BWC met at the NRW Forum in Düsseldorf to see the Photography Exhibition of Horst P. Horst which is showing from 12th February —22nd May 2016.

Horst P. Horst (1909-1999) created images that transcend fashion and time.  He was a master of light, composition and atmospheric illusion, who conjured a world of sensual sophistication.  In a prolific 60-year career, his photographs graced the pages of Vogue and House & Garden under the one word photographic byline ‘Horst’.

Horst was born in Germany and became an American citizen in 1943, changing his surname from Bohrmann to Horst.

He worked predominately in Paris and New York.  His extraordinary range of work outside the photographic studio conveys a relentless visual curiosity and long-life desire for new challenges.

Horst said of his most famous set of nudes and his initial attempt to shoot them, with favourite model Lisa Fonssagrives, that she had a very beautiful body and was not afraid to show it.  She was used to Nacktkultur on account of the nudist movement in Germany at the time.

The 1930s ushered in huge technical advancements in colour photography.  Horst adapted quickly to a new visual vocabulary, creating some of Vogue‘s most dazzling colour images.  In 1935 he photographed the Russian Princess Nadejda Sherbatow in a red velveteen jacket for the first of his many Vogue cover pictures.

The occupation of Paris transformed the world of fashion.  The majority of French ateliers closed and many couturiers and buyers left the country.  Remaining businesses struggled with extreme shortages of cloth and other supplies.  The scarcity of French fashions in America, however, enabled American designers to come into their own.

Horst’s colour photographs are rarely exhibited because few vintage prints exist.  Colour capture took place on a transparency which could be reproduced on the magazine page without the need to create a photographic print. 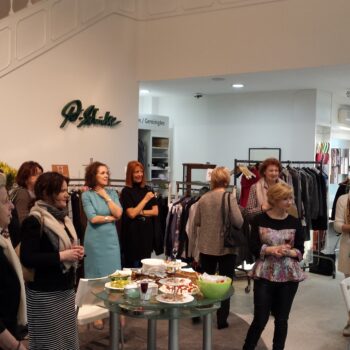 Tea at The Residence 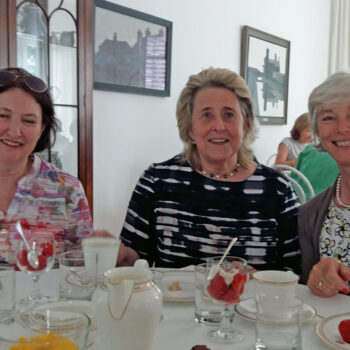