It was a miserable wet day when five BWC members, one guest and one husband met at 11:00 in the foyer of the Folkwang Museum to see this wonderful exhibition.

Museum Folkwang is a major collection of 19th and 20th century art in Essen. The museum was established in 1922 by merging the Essener Kunstmuseum, which was founded in 1906, and the private Folkwang Museum of the collector and patron Karl Ernst Osthaus in Hagen, founded in 1902.

With Monet, Gauguin, Van Gogh … Japanese Inspirations, Museum Folkwang is devoting a major exhibition to one of the most fascinating chapters of French art in the second half of the 19th century. The show focuses on the period between 1860 and 1910, the development and heyday of the craze for Japanese art in France. For the first time in more than twenty-five years, therefore, a multifaceted exhibition is being held on the phenomenon known as Japonisme.

Japanese art is of fundamental importance for the development of European modernism. Almost all great masters from Manet, Degas, Cézanne and Monet to Gauguin, van Gogh, Bonnard and Vuillard were fascinated and inspired by Japanese pictorial motifs and stylistic devices. Their keen interest in Japanese art is evident in many respects: they portray both artefacts and commodities imported from Japan in their works, they appropriate Japanese pictorial subjects to depict their own European environment and – far more significantly – they incorporate the formal language of the Japanese colour woodcut. In combination with their own pictorial tradition and the experiences of their time, it was particularly this internalisation of the woodcut which instilled in the artists a stimulating creativity out of which they developed diverse forms of artistic expression that had an effect far into the twentieth century.

Vincent van Gogh used the term japonaiserie to refer to his painterly translation of a Japanese woodcut reproduced on the cover of the magazine Paris illustré in 1886. As a picture within a picture, Van Gogh placed the courtesan against the background of a water-lily pond with cranes and toads romping about in it—the toads and cranes signifying „the profession„ . He did not own the woodblock print of the courtesan by Eisen, but he did have one by Yoshimaru II from which he quoted the toad motif. Here van Gogh created his own conception of Japan.

In Arles in Southern France, he dreamed his way to Japan – strong colour contrasts, the beauty of nature, a life in seclusion all corresponded to the image he had formed of Japan.

In the painting Sower with Setting Sun he employed two popular stylistic devices of Japanese woodcut art by artists like Hiroshige: the cutting off of pictorial elements in the foreground and the diagonal division of the pictorial space.

Edgar Degas‘s radical cutting off of motifs such as orchestra musicians, string instruments, stairways, etc., would not have been conceivable without his study of Japanese works by artists like Hiroshige. The Frenchman employed this device to heighten the impression of the momentary and unintentional in his works, thus endowing them with a special modern feel. His ballet scenes, on the other hand, presumably came about in the contest of his exploration of the studies of movement in Hokusai‘s Manga, but also of chronophotography, a technique for capturing movement sequences on film.

On the occasion of the 1878 world fair, the ceramics used in Japan for the tea ceremony were exhibited in Paris for the first time. These objects, made of stoneware for the most part, represented a veritable revelation for French ceramic artists such as Jean Carriès, Adrien Dalpayrat and Paul Jeanneney. They began working with this material in the spirit of the Japanese.

The simple and irregular forms of these Japanese bowls and vessels, their drip glazes, their gilding – testimony to restoration measures that served to ennoble them – and the fine ivory lids fascinated the French artists and served them as inspiration for their own works. 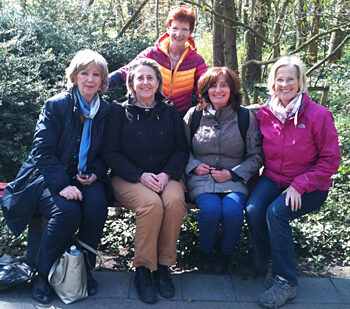 The history of 'Aprons'